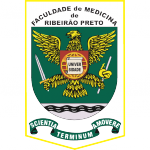 During Middle Age, especially in the age of cavalry, the coats of arms were used to represent families, dynasties, lands and fiefdoms, either in war and peace. Later, the lands, palaces and family objects came to bear the crests of their lords as a symbol of power, aristocracy or as a simple emblem, symbol of identity. Through this last function, the crest started to distinguish religious orders, bishopric, cities and institutions such as Universities.

The emblem of the University of São Paulo has an agonist motto: “SCIENTIA VINCES”, established in a period of post-military defeat of São Paulo State, when USP was created as an instrument to train elites able to, one day, develop and govern the country. Our School motto, established in a post-dictatorship period, is a more constructive motto: “SCIENTIA TERMINUM AMOVERE”.

Our crest has in the chest of an eager the word UNIVERSITY, which is the translation of “UNIVERSITAS” that means, totality or universality. But totality is a vague term. For this reason, “UNIVERSITAS”, since the Middle Age, is an inseparable word of another term: “STUDIORUM”, which has several meanings: In fact, “studies” might be understood as fields, specialties or areas of knowledge, such as the legal or math studies; it might be understood as “studies” or “studios”, i.e., office or work laboratory, such as the studio of the astronomer or the herbalist (in Brazil the word is restricted to some arts: photography studio, movie studio, dance studio).

The “practical knowledge”, the “technical knowledge” was learned by the contact with the artisans, the masters of works, arts and crafts. It was learned to do by doing and watching, regardless of any theoretical, doctrinal background. The interests in the intellectual knowledge, the interests in understanding were congregated in “UNIVERSITAS STUDIORUM.” It was common to discuss, create explanations, theories, doctrines, “doctrinae” under the guidance of knowledge.

To symbolize the broadening of limitless horizons, the sublime vision and the freedom of directions, nothing better than an eagle in full flight. The eagle holds, with its claws, the sword of courage, also a symbol of São Paulo, expressing its affiliation with the University of São Paulo, and the Asclepius, a snake-entwined staff, a secular symbol of the medical art.

But the motto of the crest of this School has transcendent meaning: “SCIENTIA TERMINUM AMOVERE”, which means to extend the limits through the knowledge. It is a clear profession of faith in the knowledge as an instrument to set the man free from his limitations and to expand the possibilities of happiness on the Earth. But the Latin sentence strictly allows another reading of the medical meaning: “Through Science keep the end away”, a profession of faith in the triumph of medical science in the fight against death, in the human finitude.

In the proposal it was decided to include the traditional crest of the Facility just as in all other secular universities. On this crest the eagle expresses strength, nimbleness, grace, ability to fly and keen eyesight. The sword refers to the crest of São Paulo state and expresses our affiliation with the University of São Paulo; the Asclepius, a snake-entwined staff, is considered a symbol of medicine. The crest has also the motto “SCIENTIA TERMINUM AMOVERE” which means to extend limits and boundaries based on knowledge. It is a manifestation of belief in knowledge as a tool to reduce human limitations and also in the triumph of medical science in the fight against diseases.

The commemorative flag, as well as the flags of Brazil and São Paulo state are hoisted in front of the Central Building of FMRP-USP in mourning or celebrations. 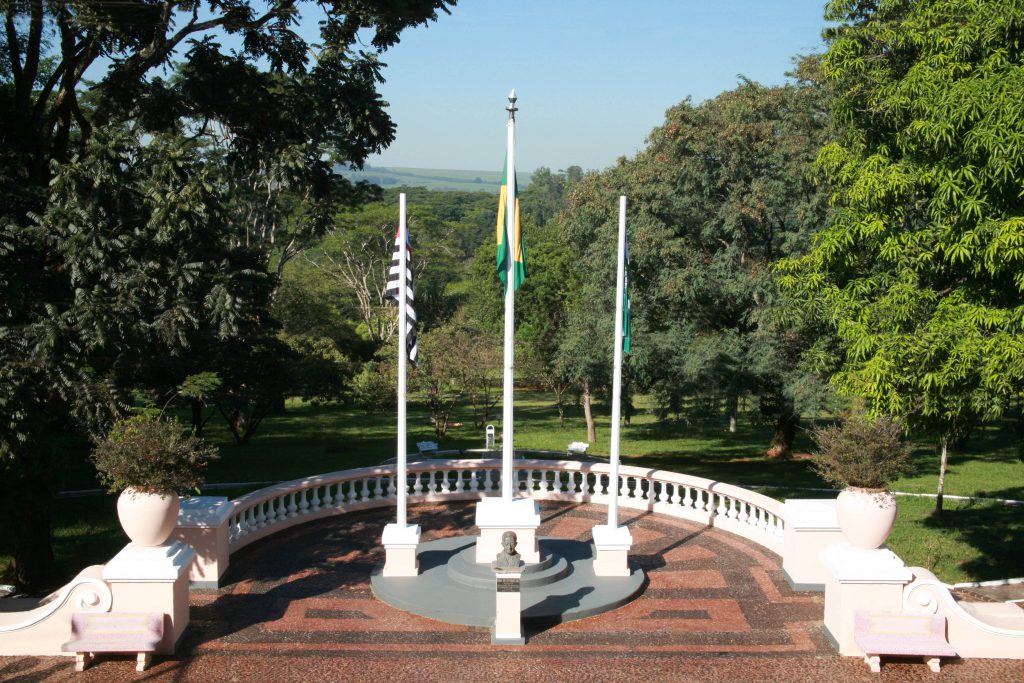